A graphical interface for the Android SDK package manager.

Android SDK 23 and earlier shipped with a graphical package manager. In SDK 24 this was hidden, and in SDK 25 it was permanently removed. This application is a standalone utility that reimplements much of its functionality.

qsdkmanager works by parsing the output of sdkmanager commands. It is hoped that this will remain a stable interface in future versions of the Android SDK after 25. 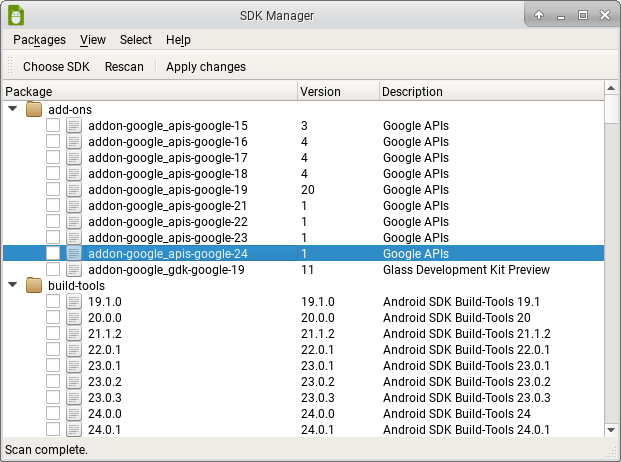 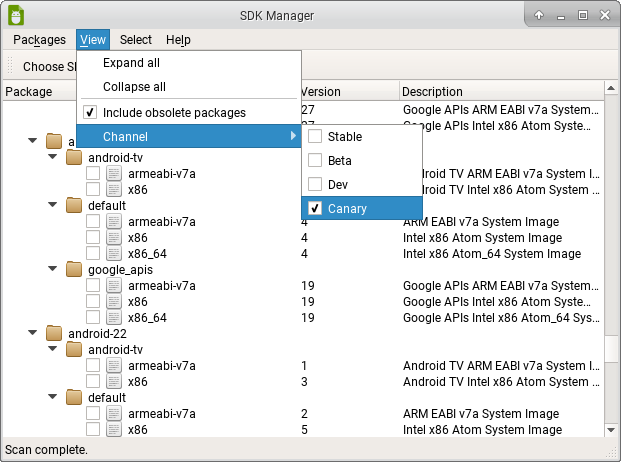 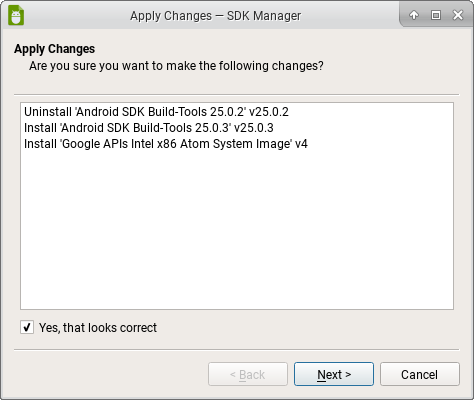