A graphical database manager for BoltDB.

QBolt allows you to graphically view and edit the content of Bolt databases.

The project consists of two parts; a C binding (CGo) for the embeddable Bolt database engine, and a graphical interface built in C++/Qt that links to it. 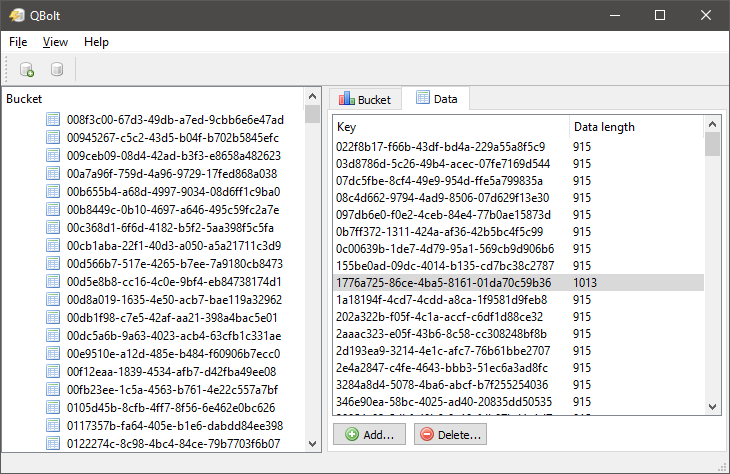 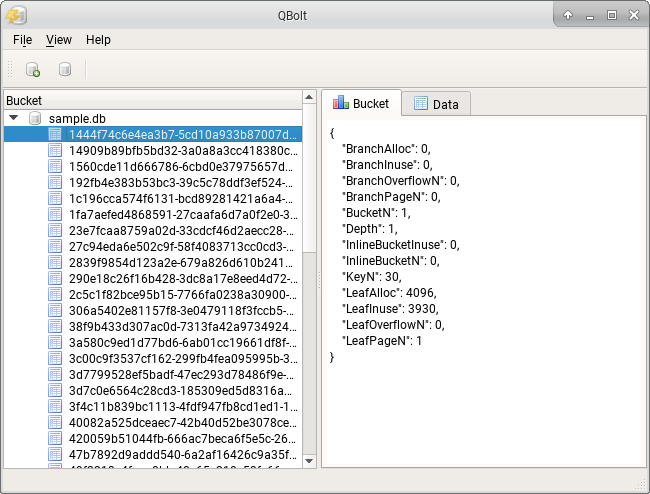 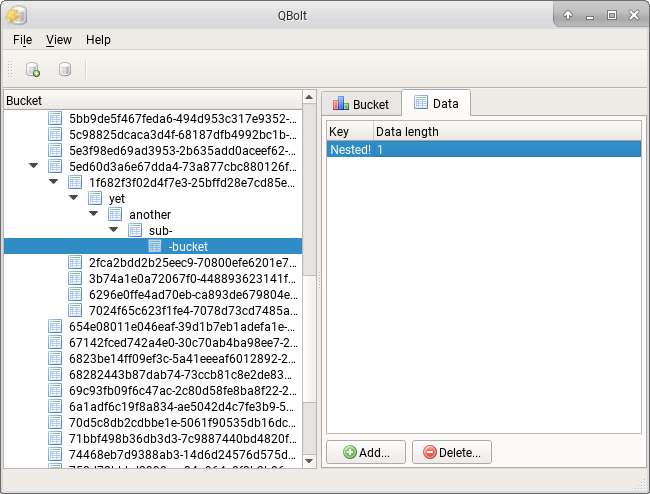 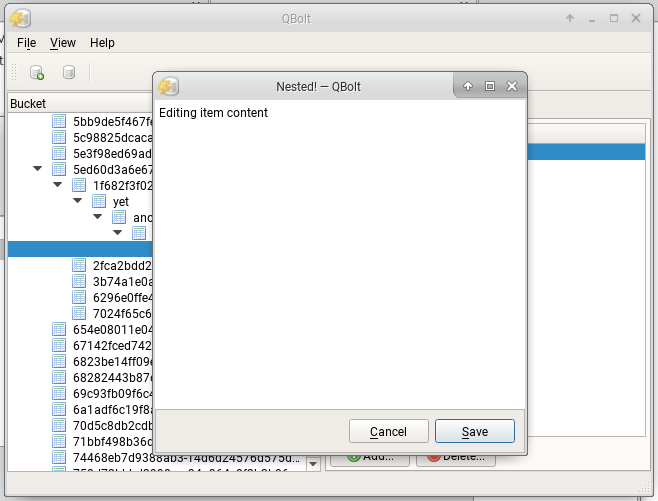