An interactive javascript environment based on TinyJS.

Contains an ad-hoc implementation of half of curses/readline for a console user interface.

As TinyJS is made available under the LGPL, the (trivial) modifications to build it as a standalone library were previously available https://code.google.com/p/tinyjs-dll/ but have since been removed. The source code bundle includes all modifications and additional (standard ECMA) functions added to the interpreter.

This eventually superceded a number of previous standalone projects related to NMDC. 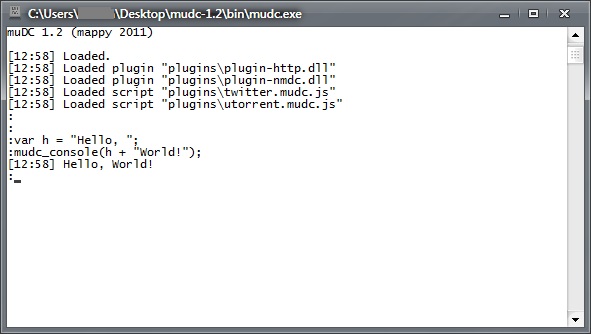