The tested compressors are (in alphabetical order):

The test corpus files are:

Otherwise, there's a frontier between these two extremes (Matt Mahoney, the author of zpaq, refers to this as a Pareto Frontier). Along this frontier, different compressors 'win' or 'lose', depending both on time requirements and both the data content.

The test file, listed with its time/ratio optimal compressors: 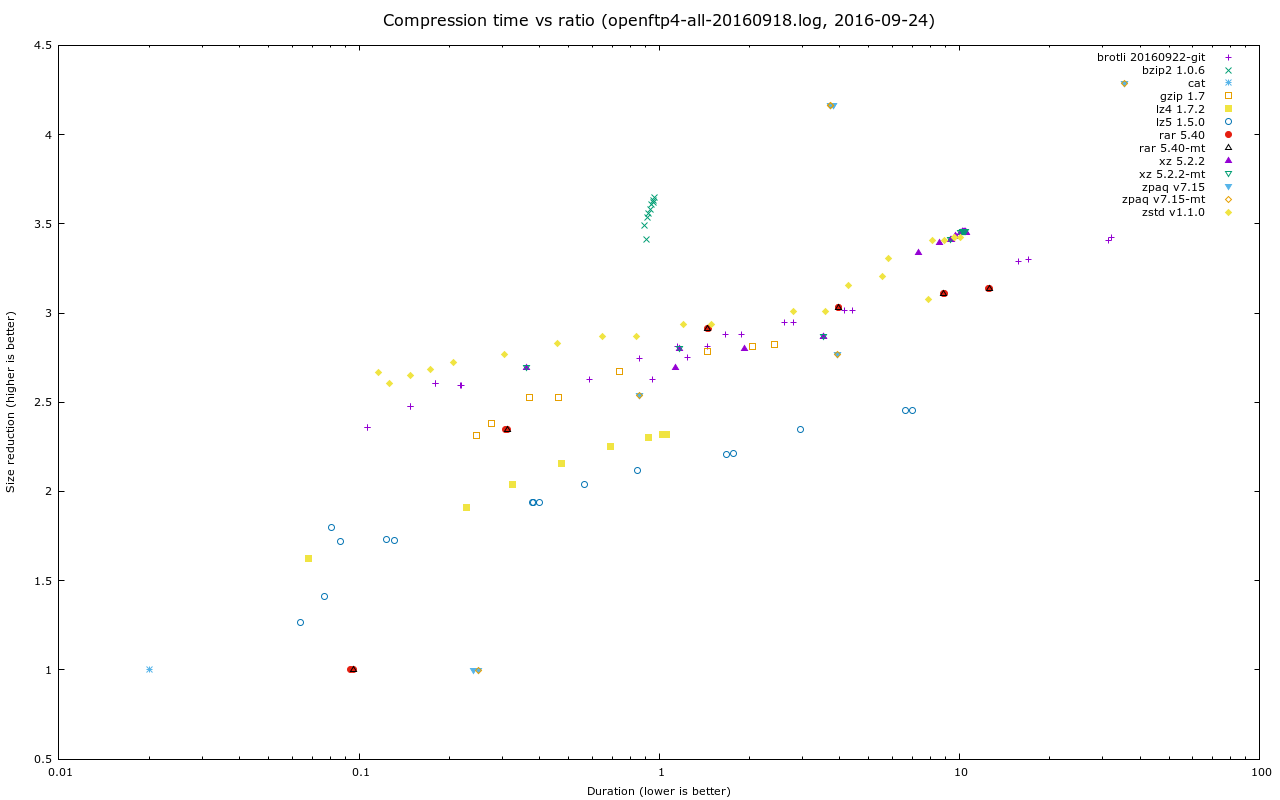 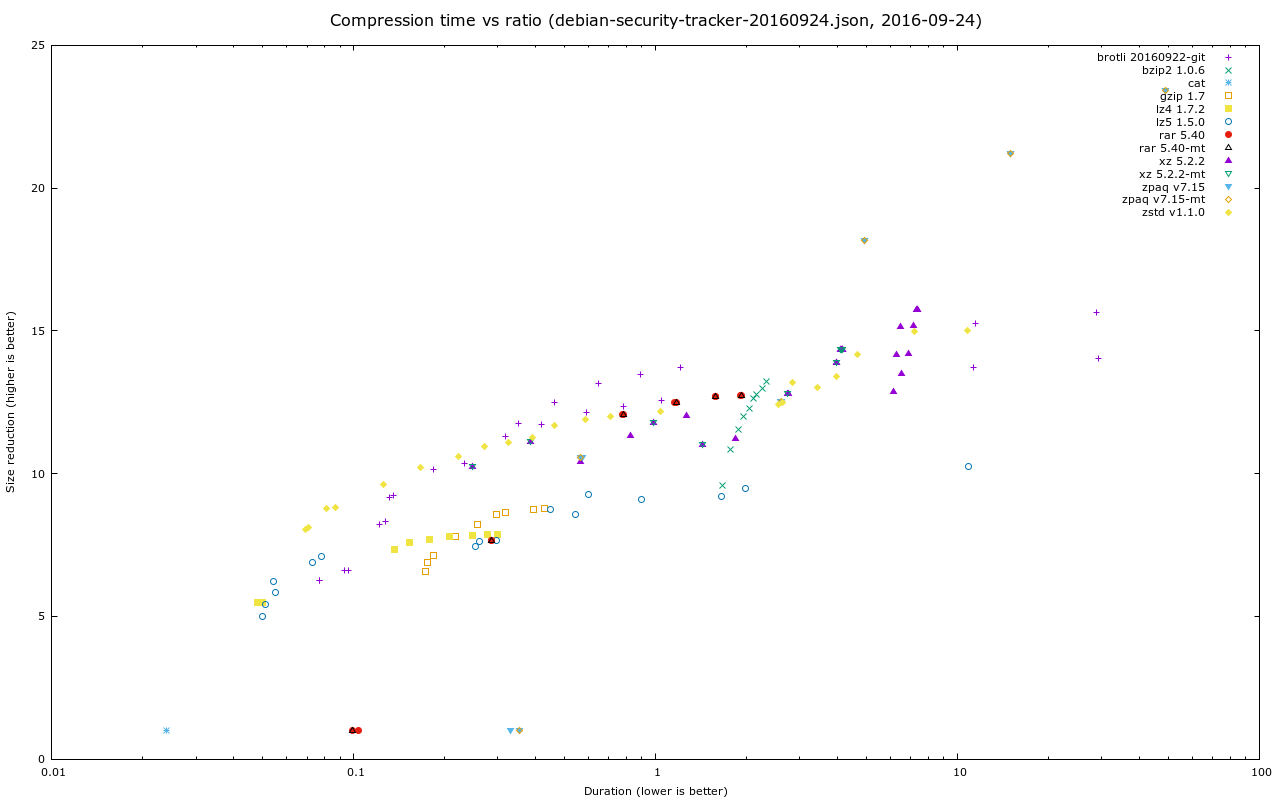 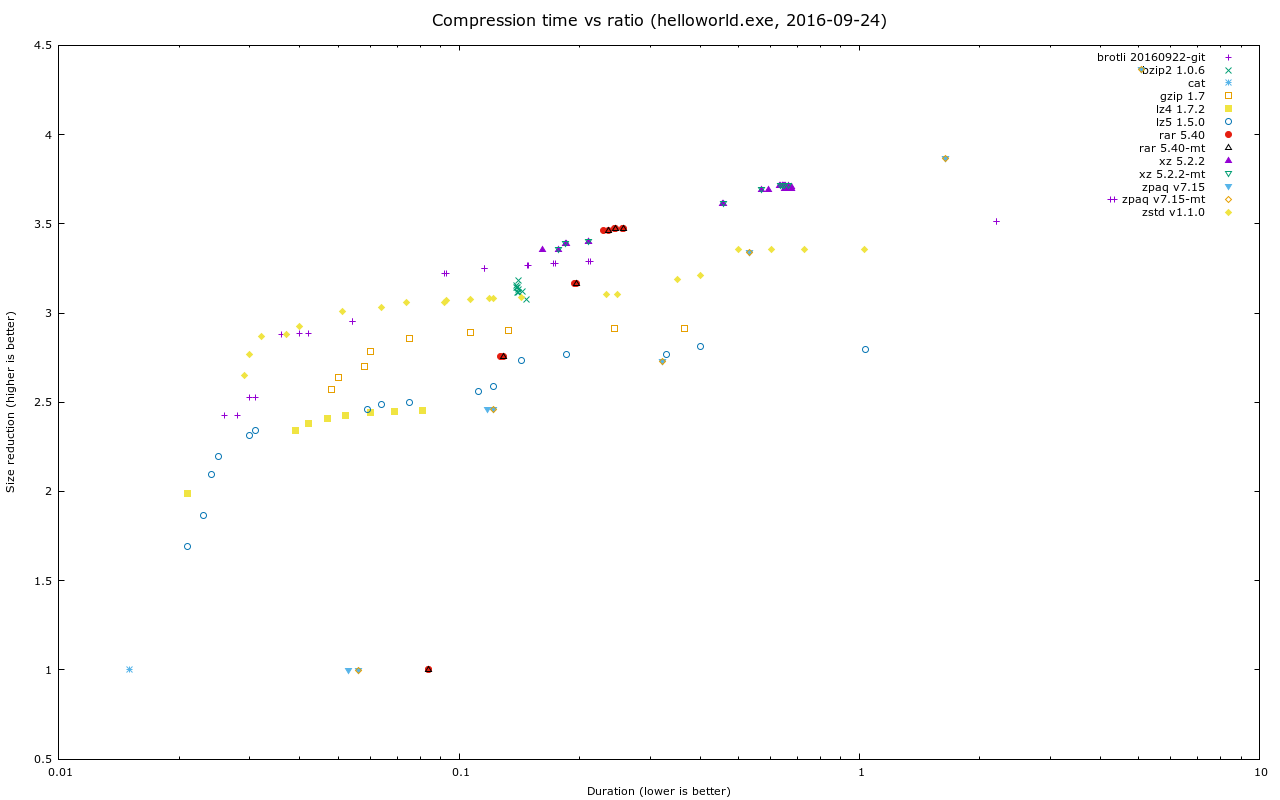 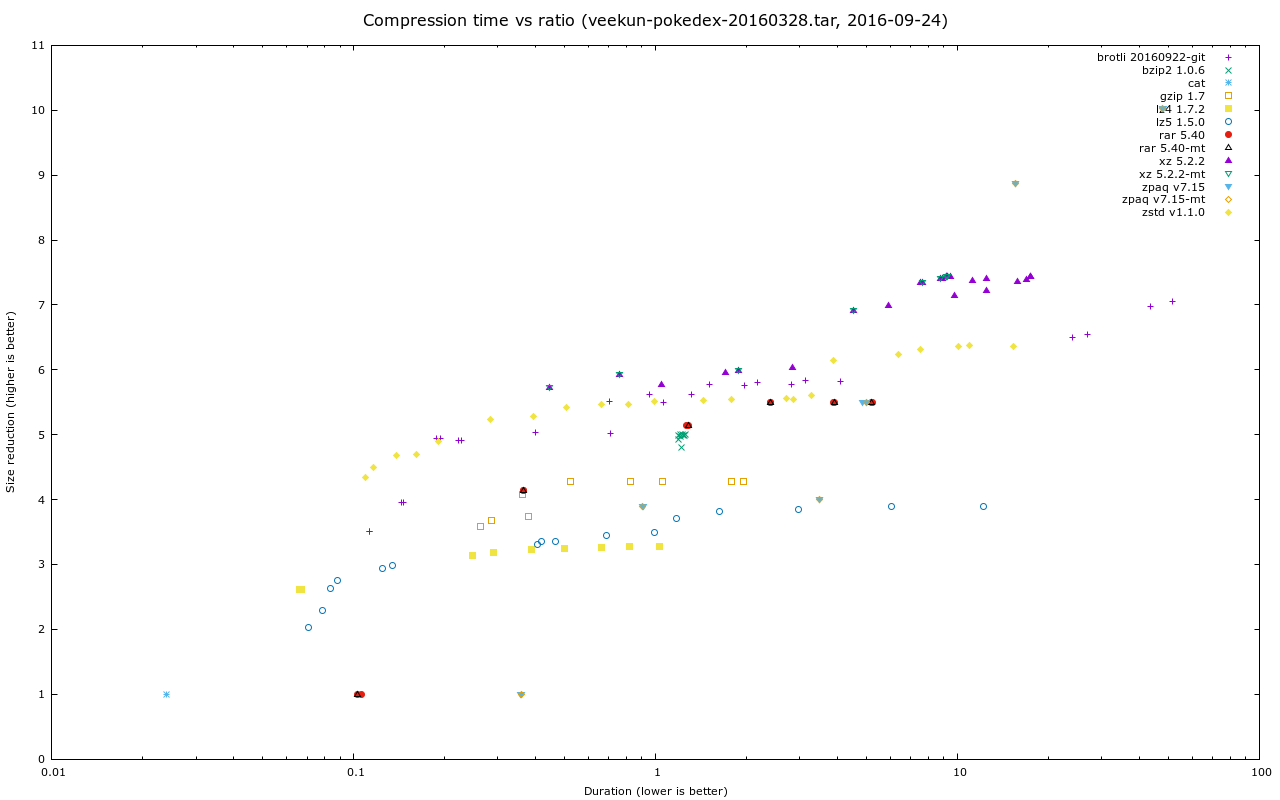